Not everyone’s daily meals consist of the usual American subsistence of chicken, vegetables, or pasta. From special holiday-time food to everyday fare, many cultures have very unique and special traditions when it comes to food. In most cases, these bizarre food items have an interesting history, a one-of-a-kind preparation method, or require a distinctive acquired taste. Out of the thousands of foods from different cultures, we have picked five of the most fascinating foods around the globe to share their story:

While you won’t find many spiders on the menu in America, crispy fried tarantulas are actually a delicacy in regions of Asia, such as Cambodia. This strange menu item supposedly tastes similar to crab, and fetches a hefty price. So how did this popular dish become so longed for? Tarantulas first became popular in Cambodia as a plentiful source of nutrition during one of the worst famines in their history. In the 1950s, Cambodia became independent from France, an event that was followed by civil wars and destruction. In the 1970s, Khmer Rouge, a communist military regime, gained control and forced nearly 2.5 million people out of Cambodia’s capital city. Displaced, homeless, and in desperate need of food, these people turned to unlikely food sources. One of these food sources was the tarantula. These tarantulas were plentiful, nutritious, and easy to capture and cook. Today, this is a bit different: tarantulas are no longer for the common people, and are rapidly dwindling in number due to over-deforestation. However, they are still enjoyed as a tasty, fried tradition all over Cambodia.

Moose is commonly eaten in the wintery lands of Canada and Alaska… but not just the meat. Jellied moose nose became popularized in the 1830s by indigineous hunters and became further known when the recipe was published in a Canadian magazine in the late 1960s. The inconsistent nature of hunting meant that no meat could be wasted, so the wives of the moose hunters came up with a creative way to cook the nose. Jellied moose nose is made by mixing chopped up moose nose with broth and seasonings, and then allowing this mixture to become solidified like jello, hence the name. It is eaten in many forms including plain, in a stew, or sliced.

Shark fin soup was a huge part of Chinese culture during the Song Dynasty. In fact, it was even categorized as one of the “eight treasures of Chinese cuisine” alongside other unusual delicacies such as bear paws and monkeys’ brains. This staple was a sign of wealth and influence, and was used as a marker to tell if another family was rich, generous, and important. Shark fin soup is prepared by mixing tough strands of shark fin meat in a chicken or pork-based broth. However, one step of the cooking process has made this esteemed dish quite controversial in modern times. The fin of the shark was typically sliced off while the shark was still alive. The dismembered animal was then released into the ocean to die in a short period of time. This cruel process was not only criticized for its methods, but also for its high level of use that has led to the endangerment of several shark species. While some have stopped eating this dish due to ethical concerns, shark fin soup will always be a symbol of traditional culture and influence in China. 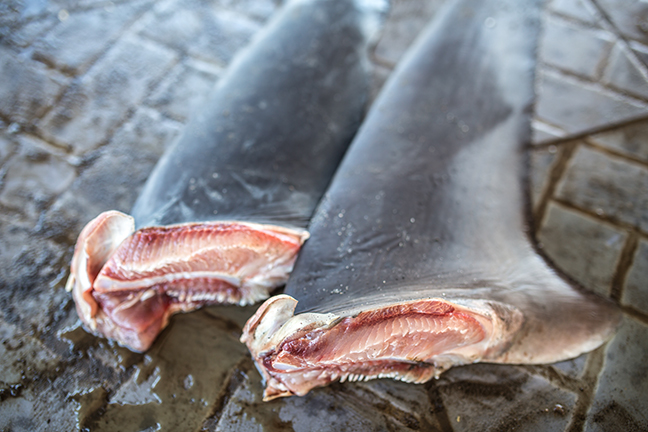 Gooseneck barnacles, called “Percebes” in Spain and Portugal, are a particular type of barnacle that is similar in appearance to geese eggs. This matching appearance led medieval scientists to believe that baby geese were born from these crustaceans. These barnacles are only found on the Costa de la muerte, a.k.a. The Coast of Death, an area with vicious tides and sharp rocks. Today, these barnacles are harvested from their dangerously hard-to-reach rocky perches, and sold for about 100 euros a plate. These tasty crustaceans have the flavor of lobster, and are typically steamed, dipped in butter, and eaten fresh.

Chicha de jora, or corn beer,  is exactly what it sounds like: beer made from corn. This beverage is popular in the Andes regions of South America, such as Peru. The most fascinating part of this drink, however, is how it is prepared. Traditionally, chicha de jora is made by chewing up corn kernels, spitting them out, allowing this chewed mixture to ferment, and then finally straining the resulting drink. This process was originally discovered by the ancient Inca who learned that saliva could be used to turn their most abundant crop of corn into a fermented beverage. In modern times, malted barley is usually used in exchange for saliva for sanitary purposes, and a non-alcoholic version, “Chicha morada” has become a popular alternative.